Review of “Foreigner” by Kamran Hakim,scholar and writer 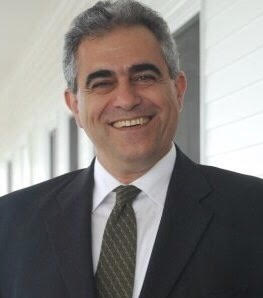 In a language of storytelling, in his book “Foreigner,” Dr. Ahdieh touches upon the feeling of being an outsider at two different levels. Once he presents himself as a foreigner in the country of his birth. Then he goes on to speak about being a foreigner in New York City. Being considered an outsider has a wide range of implications. The most obvious being associated with one’s status as an alien and an immigrant, or being viewed as a stranger, an outlander, someone who doesn’t “fit in with the established norms”, etc… According to these definitions one can become a foreigner in visible and invisible ways. Persons with different traits living among a group of people with a particular set of attributes. Where the difference in characteristics could be in appearance, language, customs, social class, ethnicity, level of education, level of wealth, philosophical views, religious beliefs, etc… In the majority of the cases one does not need to travel thousands of miles to achieve the foreigner status according to the author.

The notion of “foreigner” as a socio-psychological concept produces two very different outcomes: On one hand it generates a sense of deficiency in the person who experiences outsiderness. On the other it produces a sense of fear among the insiders who are bound by a set of established norms. As to the first, Aristotle said: “Man is by nature a social animal… Anyone who…does not partake of society, is either a beast or a god.” Belonging to something greater than ourselves is an inherent human emotional need which we tend to fulfill at many different levels in a society. Having a sense of alienation is the antithesis of this basic human need. As to the second, like all other animals we are afraid of that which we don’t understand. This fear has, throughout human history, served as a base animal instinct resulting in our gathering into groups. This had an important role in our survival as a species. It continues to play an important role in our safety both at a personal and societal levels. However, if the sense of fear is exercised blindly, or taken to the extreme it becomes a source of many ills in the society. Anti-Semitism and racial prejudice are the archetypical examples of this fear.

Dr. Ahdieh does a superb job in capturing the two modus operandi, associated with the foreigner concept, in an eloquent language. He refers to his experience of being an outsider as a youth belonging to a religious minority. As a seasoned educationalist the author offers his readers an analysis of an anti-Baha’i atmosphere in the Iranian society in the early twentieth century, and he sprinkles that picture with anecdotes from the history. He depicts the societal atmosphere which deprived him of having experienced the fruits of citizenship to the fullest extent. He portrays the misguided sense of xenophobia displayed by that society mainly driven by blind imitation. He finally uses the notion of being foreigner in the US as a metaphor to drive the point home. After all once one moves to another country, one will always be a foreigner. The insights he offers are applicable to a far broader spectrum of social and cultural issues various societies wrestle with today. “Foreigner” conveys a light-hearted account and a fresh perspective on the human need to belong. This book is an excellent resource to those who seek to get a clear understanding of what humanity is struggling with and how we could overcome this shortcoming.

As far as the question of overcoming is concerned the author does not merely analyze the notion of foreignness as a problem prescribing tolerance as its solution. While the book lends itself, primarily, to a better understanding of a very negative concept in a very positive way, in reality it alludes to a solution which exists but has mostly gone unnoticed. Perhaps this solution can best be summarized by the following statement by Baha’u’llah, the Founder of the Babah’i Faith: “The All-Knowing Physician hath His finger on the pulse of mankind. He perceiveth the disease, and prescribeth, in His unerring wisdom, the remedy. Every age hath its own problem, and every soul its particular aspiration… We can well perceive how the whole human race is encompassed with great, with incalculable afflictions. We see it languishing on its bed of sickness, sore-tried and disillusioned. They that are intoxicated by self-conceit have interposed themselves between it and the Divine and infallible Physician. Witness how they have entangled all men, themselves included, in the mesh of their devices. They can neither discover the cause of the disease, nor have they any knowledge of the remedy. …That which the Lord hath ordained as the sovereign remedy and mightiest instrument for the healing of all the world is the union of all its peoples in one universal Cause, one common Faith. This can in no wise be achieved except through the power of a skilled, an all-powerful and inspired Physician.”