Review of Foreigner by Babak Bahador,Babak Bahador,Professor at the School of Media and Public Affairs in George Washington University 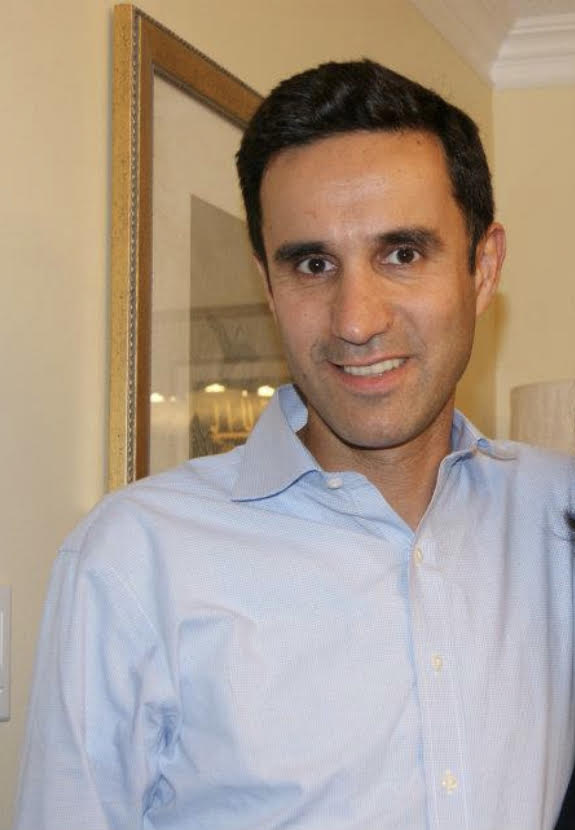 Foreigner ​by Hussein Ahdieh and Hillary Chapman is a personal and intriguing story about the
life of Hussein Ahdieh who grew up in the small Iranian town of Nayriz before eventually moving
and settling in New York City. It is also a story many who have experienced being an “other” will
relate to and find inspiring. This is particularly relevant today in a world where tens of millions
are displaced from their native lands and categorized as immigrants, refugees and other terms
of exclusion. ​Foreigner ​ humanizes the immigrant experience by showing the difficulties often
faced in one’s homeland that compel people to take the risk and leave in search of a better
future.
Hussein Ahdieh’s life began in an environment of hostility and intimidation as a member of the
despised Baha’i religious minority in a small conservative Shi’a Islamic town in Iran in the
1940s. The first chapter offers a rich description of life in Nayriz during this time and the central
role of religion in society, highlighted by the daily calls to prayer over loudspeakers that
reverberated throughout the town’s streets and alleys. This society was one in which women
played a subservient role, where power was concentrated with men and mullahs and where
education was sorely lacking.
Throughout the early chapters, the book blends childhood stories with historical narratives of the
struggles of the Babi (predecessors to Baha’i) community in Nayriz, highlighted by a historic
uprising and massacre of many community members in 1850 and the prominent Babi leader
Vahid Akbar (the peerless one). As the author states, in childhood “the past was always present
in my daily life” as stories of these early persecutions were interwoven with those of atrocities
from 1909 experienced by living family elders and the author’s own experiences of being
attacked by other children on the streets and the kidnapping of his own father, which convinced
the family to leave Nayriz.
The next major chapter in Hussein’s life was primarily spent in oil-rich Abadan as a teenager,
where his father found work after a period of transition and economic difficulty for the family.
Like many urban centers in Iran in the 1950s, Abadan was modernizing and the oil industry
drew foreign expatriates and various Western influences. These proved to be very attractive to
an Iranian teenager who now often spent his days watching Western movies and even found his
way into the British Officer’s Club library and swimming pool where he could show off his diving
skills.
Over his teenage years, Hussein also became more involved in the activities of his Baha’i Faith,
going to Baha’i summer schools and meeting prominent Baha’i leaders in Iran. Through
descriptions of Hussein’s life, readers learn about important milestones in the history of the
Faith, such as the the Ten Year Crusade, which encouraged followers to spread the Faith
across the world. Through Hussein’s own travels to other parts of Iran, we learn about the
history of the Faith in Iran and its early heroes. The book does a brilliant job of keeping the
reader interested in the life of one individual while also sharing important moments from Baha’i
history, which are seamlessly interwoven throughout. Beyond Baha’i history, we also learnabout Iran’s history, its diverse cultures, and its leading cultural figures such as the poets Hafez
and Saadi.
The big shift in Hussein’s life, of course, takes place when he finally has the chance to leave for
his “Promised Land”, the United States, at the age of 19 in 1961 . Like many immigrants, much
of what he thought he knew about America came from watching movies. Such mediated ideals,
however, soon met the reality of a new struggle to survive and keep a student visa, which
involved long days at odd and often menial jobs to raise enough money to pay for studies and
basic needs. Like many immigrants, much of his first decade in the USA was one characterized
by downsized dreams.
These difficulties, including a new sense of exclusion as a “foreigner”, made Hussein empathize
with other marginalized communities in his adopted land who were also treated with suspicion
like him. With hard work and perseverance, Hussein gradually improved his economic condition
and started a family, while becoming an active member of the New York Baha’i Community and
completing a PhD in Education. Hussein’s experiences in his new homeland and the calling of
his Faith, however, not only motivated him to improve his own economic condition, but to also
look to use his career as a way to make a positive difference in this new dynamic society. This
came to fruition through a key role in the innovative Harlem Prep School, which was a college
preparatory school for at-risk youth. Here, along with a dedicated team, Hussein helped
students get a second chance to succeed by gaining acceptance to a range of reputable
universities across the country.
Readers will find ​Foreigner ​ to be educational, touching and sometimes very funny. It tells the
story of a boy who flees a difficult life surrounded by prejudice in his native Iran only to enter a
new set of challenging as an immigrant in America. He overcomes these challenges, however,
and achieves his dream of a beautiful life in his new homeland.
Babak Bahador is an Associate Research Professor at the School