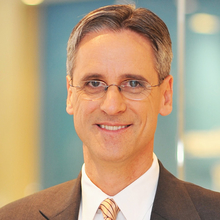 Many circumstances motivate people to flee their homes and seek better lives in foreign lands. Poverty, political upheaval, and violent religious persecution are likely three of the most common motivations. Hussein Ahdieh’s decision to immigrate to the United States was motivated by all three. The autobiographical Foreigner by Hussein Ahdieh and Hillary Chapman describes Mr. Ahdieh’s life, the social and historical contexts that influenced him as he matured, the hardships he overcame and the accomplishments he achieved before, during and after, he fled Iran – the country of his birth – in the early 1960’s, to carve out a new life for himself in the United States. An adventurous spirit, academic prowess, an innate toughness, a willingness to work hard and a sense of humor no doubt all contributed to Mr. Ahdieh’s ultimate ability to escape a society steeped in ignorance and petty-minded religious fanaticism. But his greatest assets – assets which ensured his ultimate success in America – were his grounding in the Bahá’í Faith, its enlightened principles and its diverse community of fellow believers from which he drew strength and encouragement.

Foreigner is a quick read. Going back and forth between the 19th and 20th centuries the authors are providing context to explain Mr. Ahdieh’s ancestral and immediate family life, it ultimately succeeds in describing the dramatic and harsh conditions that the Ahdieh family endured for decades in the impoverished town of Nayriz, Iran, the frequent struggles his immediate family overcame, the young Hussein’s rebellious nature, his sense of wonder as the scope of his world vision gradually grew, and the rise, fall and rise again of his idealism as his understanding of, and adaptation to, American society increased.

In the end, Foreigner is an inspiring and uplifting story – an immigration story that not only delineates Mr. Ahdieh’s transition to a new homeland but also his commitment to, and belief in, a Faith for which so many of his ancestors sacrificed. It is well worth the read.