Forward to the book “Foreigner” by Judge Dorothy Nelson 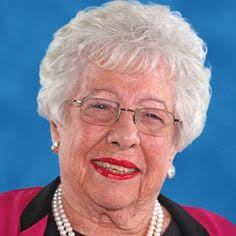 This is a book that will move you to tears, then to laughter, then to reflection. It will motivate you to lead a life dedicated to bringing about a more peaceful world. Hussein Ahdieh and Hillary Chap- man have produced an enlightening, well-crafted, fascinating and thought-provoking book about the life of Hussein, a ‘foreigner’, and his transition from a child in the village of Nayriz, Iran, to an adult in New York City. It gives intriguing glimpses, often humor- ous, about what it was like to be a persecuted Bahá’í in the Shi‘a Muslim society of Iran, and then an immigrant in New York City. It also provides an intellectual and detailed history of what it was like to be a Bahá’í during the 19th and 20th centuries in Iran and the United States.
The authors tell the intimate and personal story of Hussein Ahdieh, whose great-great-great-grandfather was described as the first martyr of Nayriz by the great Bahá’í teacher, Vaḥíd, after the persecutions of the Bábís began in Nayriz. Hussein’s great-great- grandfather was also martyred during violent reprisals against the Bábís, following the siege at Fort Khajih. These were the first seeds of the Bábí and Bahá’í Faith in his family.
The Bábís of Nayriz were grievously persecuted by the authorities and many had to flee their homes. Hussein’s great-grandfather, Mulla Muhammad Shafi, met Bahá’u’lláh, who had not yet proclaimed His Divine Role. Bahá’u’lláh urged Shafi to teach the Bábí Faith and write a diary of the upheavals of Nayriz. Later, ‘Abdu’l-Bahá urged Shafi to undertake travel teaching, explaining that the Will of God was for unity at all levels and between all groups in human society.
After great suffering, the resilient Bahá’ís of Nayriz immediately began to rebuild their lives and communities. The great life force that sustained Hussein’s family were the letters – referred to as ‘Tablets’ – received through the years from Bahá’u’lláh, ‘Abdu’l-Bahá and Shoghi Effendi.
Bahá’í history comes alive as we follow Hussein’s travels to cities such as Qazvin, Zanjan, Tabriz, Urmia, Ardabil and Mazandaran. His summer school experiences in Shiraz brought him into contact with many great teachers, such as ‘Alí-Akbar Furútan and Eshraq Khavari.
Hussein’s decision to emigrate to the United States is both reveal- ing and humorous. He was tired of the hatred of the mullas and the dictatorship of the Shah. From movies he had glamorous visions of America. He applied to many schools, and when he received an acceptance from Howard University he thought he had been accepted at Harvard – both sounded the same to him! He got his visa and, when arriving in the US, he realized his mistake and ended up attending Saint Michael’s School to improve his English. He later earned a bachelor’s degree in electrical engineering from the New York Institute of Technology, a master’s degree in European Intellectual History from Fordham University and a PhD from the University of Massachusetts.
While a student, he was in constant fear of deportation, had little money, and did odd jobs such as dishwashing to survive. But he no longer felt himself a foreigner when he was embraced by the New York Bahá’í community. His marriage to a prominent Bahá’í teacher and medical doctor, Tahereh Missaghi, brought great joy into his life.
An especially memorable part about Hussein’s life was his role in the 1960s Civil Rights Movement. His experiences as an immigrant, and the vilification and discrimination he weathered as a Bahá’í in Iran, led him to join a new school in New York called Harlem Prep. It was organized by Catholic sisters, a black minister and several Bahá’ís. It was for high school drop-outs who could be motivated to complete their secondary education and go on to college. Hussein was influ- enced by the teachings of Bahá’u’lláh, Who wrote: ‘Regard man as a mine rich in gems of inestimable value. Education can, alone, cause it to reveal its treasures and enable mankind to benefit therefrom.
A fascinating part of this book is devoted to intimate details of Hussein’s relationship to many prominent and much-loved Bahá’ís, including Hands of the Cause Amatu’l-Bahá Rúḥíyyih Khánum, Zikru’llah Khadem, Tarazu’llah Samandari, ‘Alí-Akbar Furútan and Enoch Olinga. Hussein’s admiration for these luminaries, and his own ancestors, has profoundly affected his life. These individuals demonstrated resilience in the face of tests, deep knowledge of the teachings when confronted by ignorance, and dedication to the progress of the Cause, despite suffering persecution. This book has influenced my life and, it is hoped, will influence the life of anyone who reads it.
The Honorable Dorothy W. Nelson